with our ability to get our october skiing fix in (and keep our monthly streaks alive) in serious doubt here in tahoe, we decided to head north to the friendly confines of oregon. we would plan to hit a patch on bachelor, or if we had to we could drive up to hood and actually pay for the opportunity. as the trip got closer it became apparent that we would likely have snow in tahoe when we got back so the skiing took a back seat to the climbing and general vacationing (drinking).
leaving town, ashley had to get something from her house with the keys back in her car. let the climbing begin 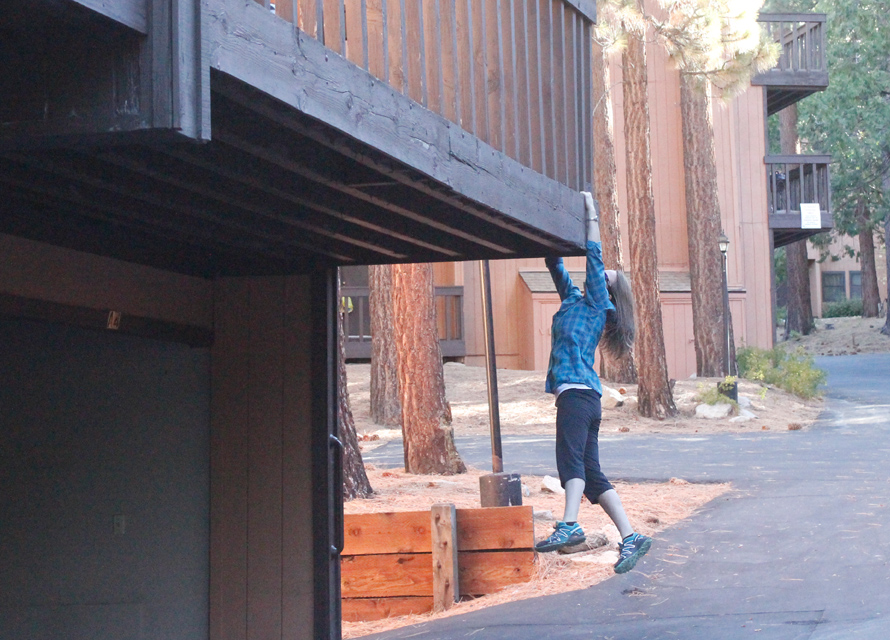 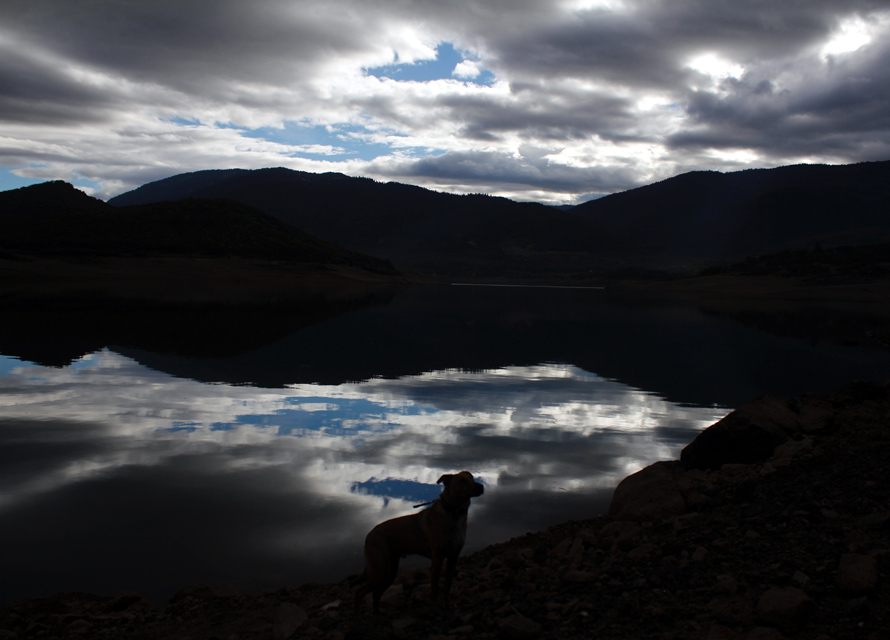 this route sits by itself on the shore of the lake. i believe it’s called pocket change (5.8, part of aqua wall). definitely unsure though 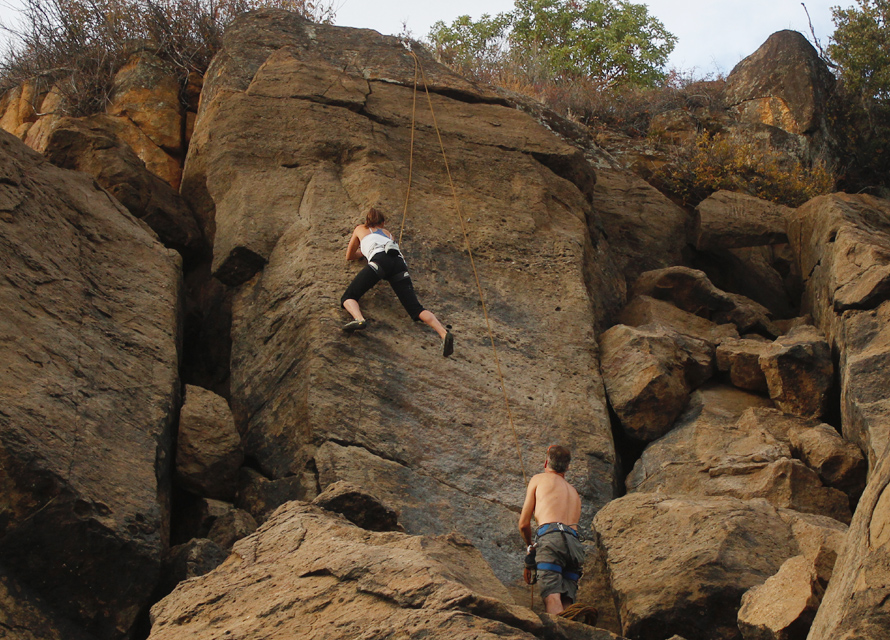 i was up next. seemed fairly easy which is why i’m wondering if it’s the 5.8. 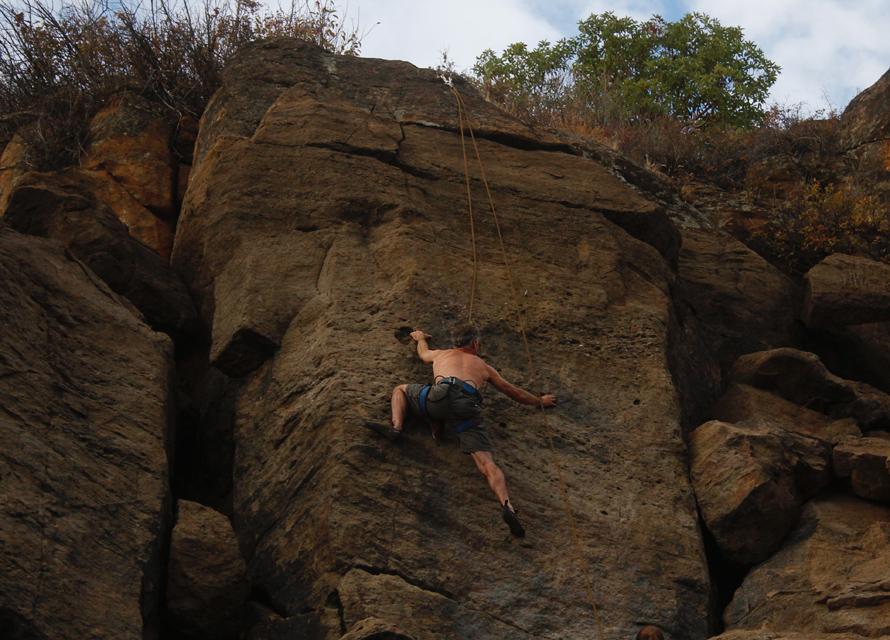 next up was pet cemetery. also a 5.8 but much longer 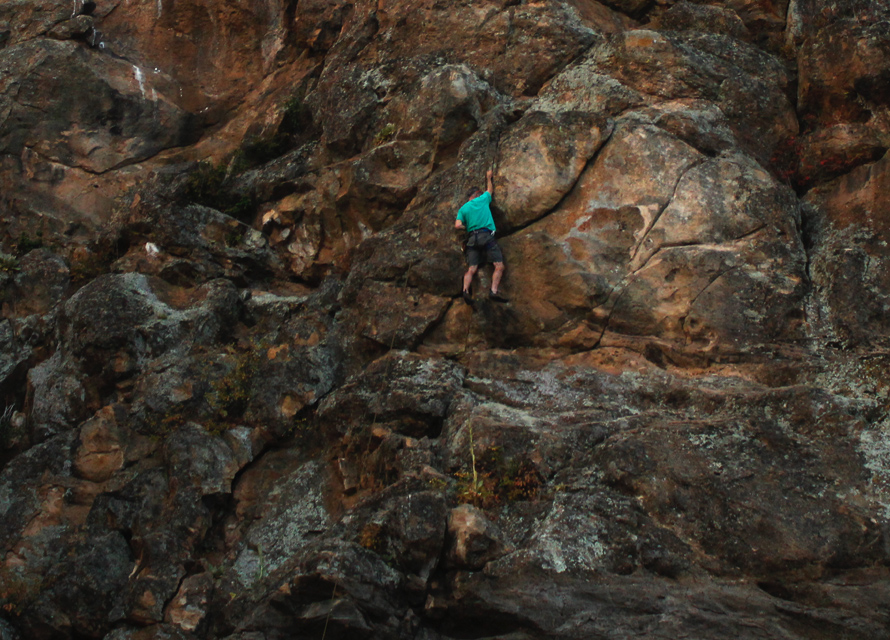 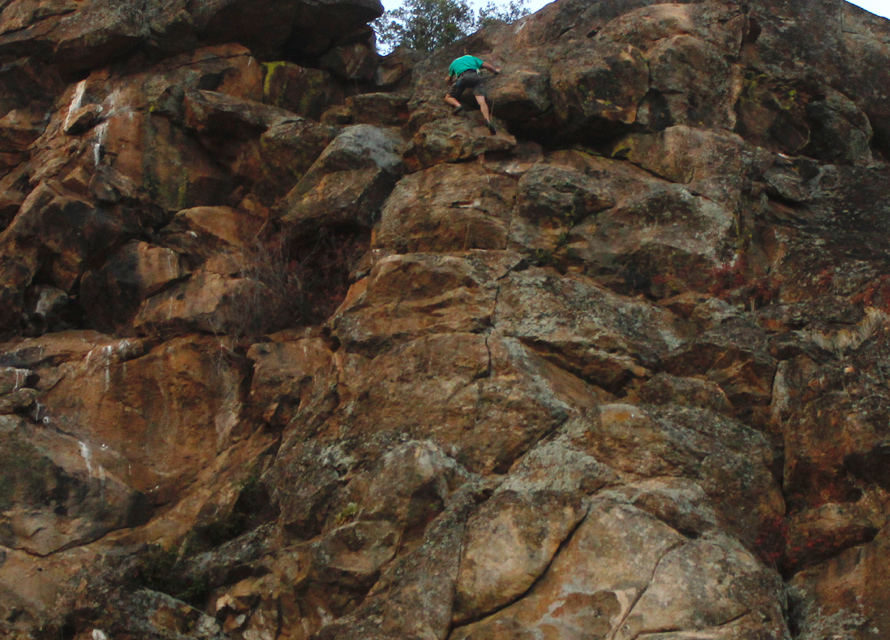 it was roughly this long 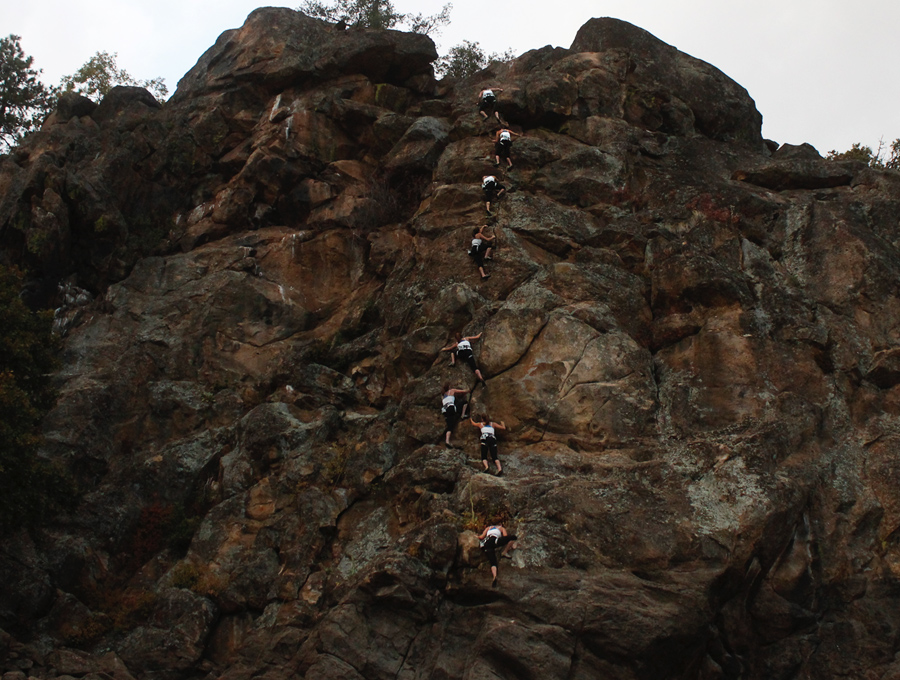 next up, smith rock. 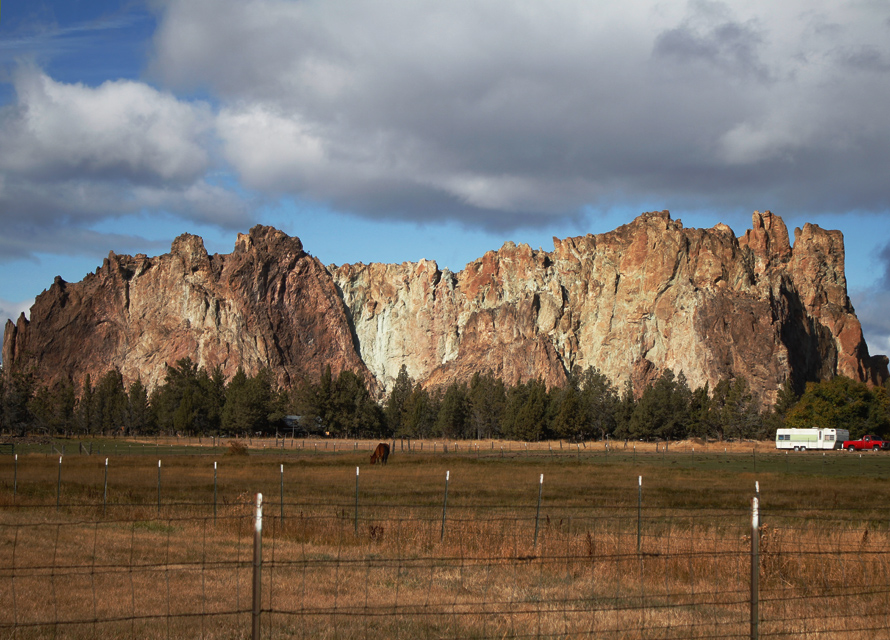 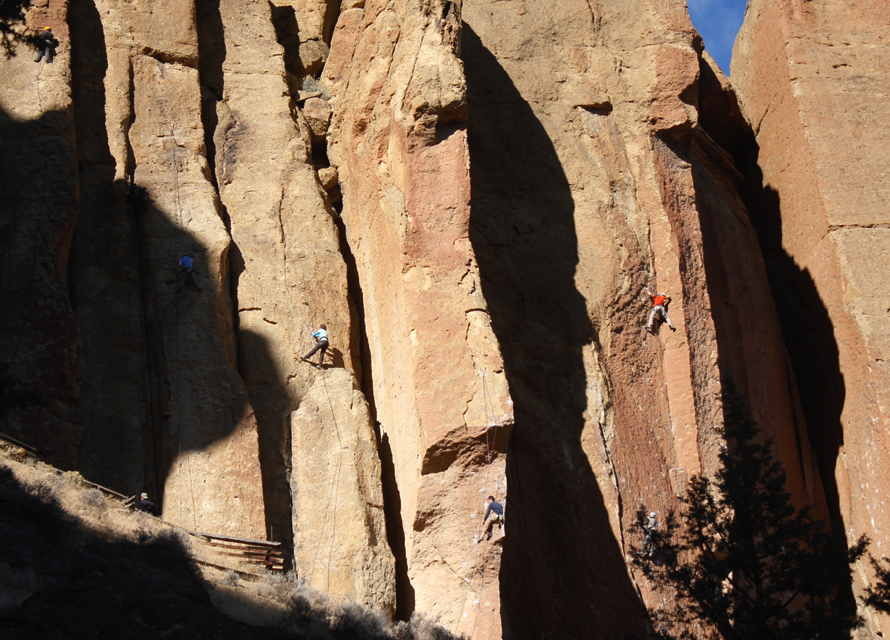 and home of nacho’s doppelganger 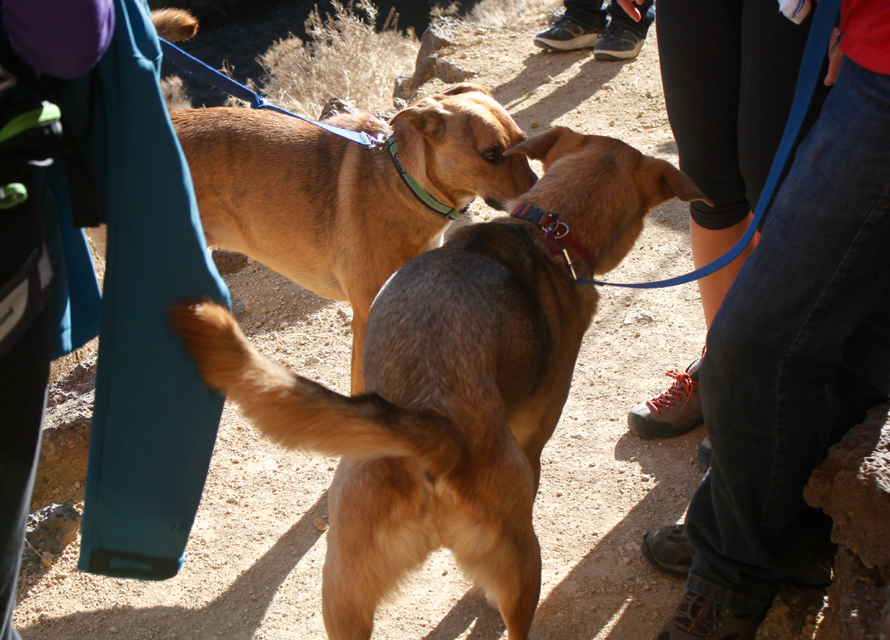 we were just there to top rope though, which means rope de dope rock 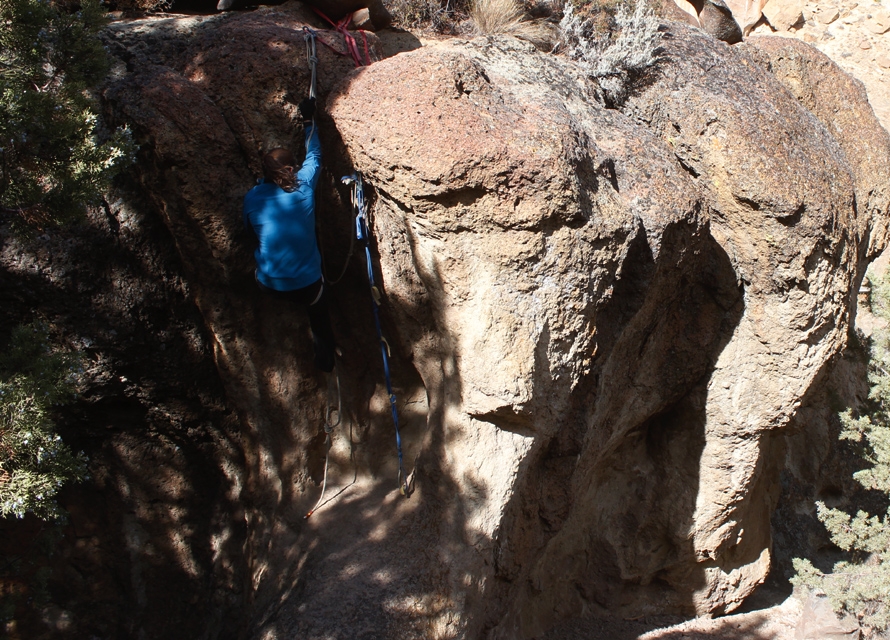 first line was shamu, a 5.9?? i count over 50 people in the view across the river

later on i did float like a butterfly, 5.10b

then it was back to bend 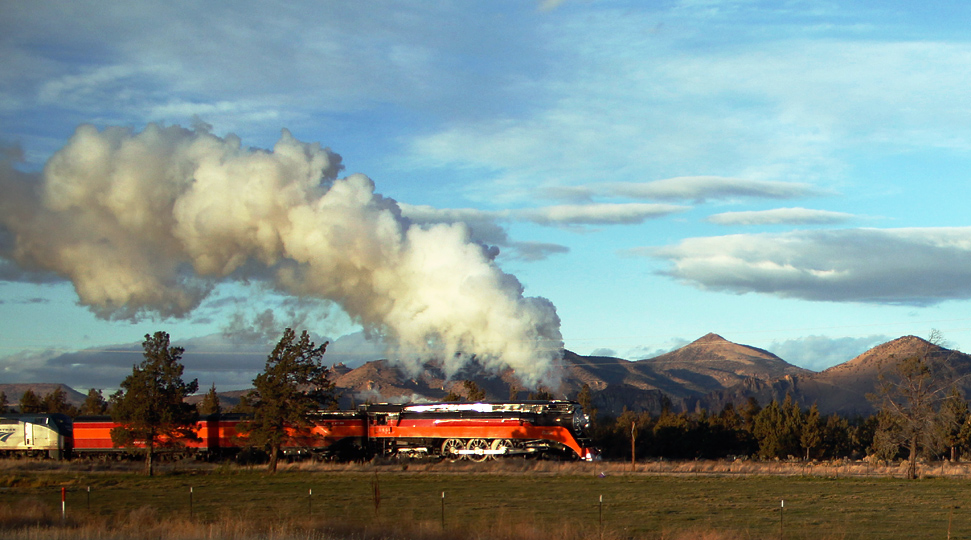 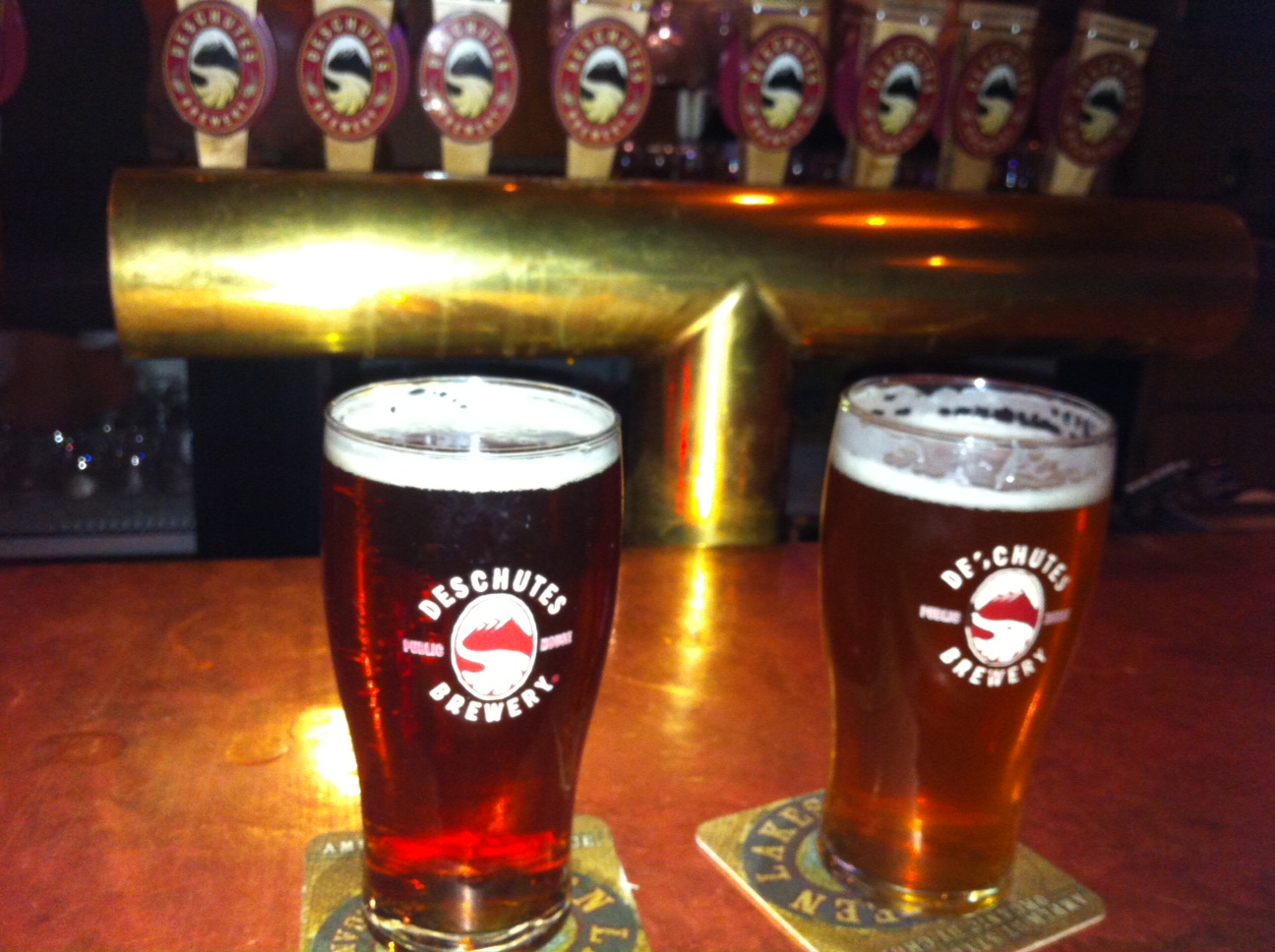 next day we were heading to the coast via crater lake. we got to the recent snowline and nacho couldn’t wait to get out 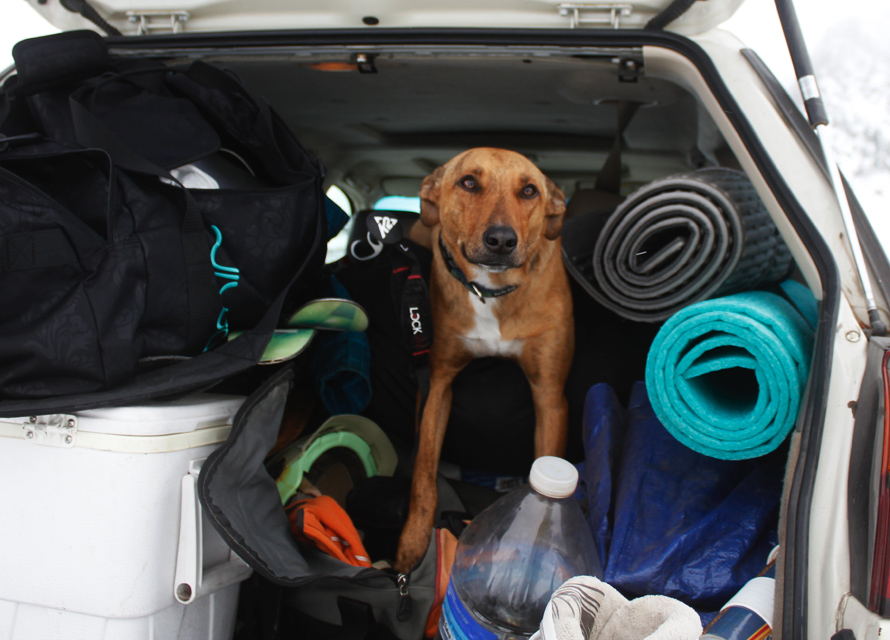 it would be foolish to not get our october turns in, since the snow had yet to fall in tahoe. plus we brought all the gear all this way. 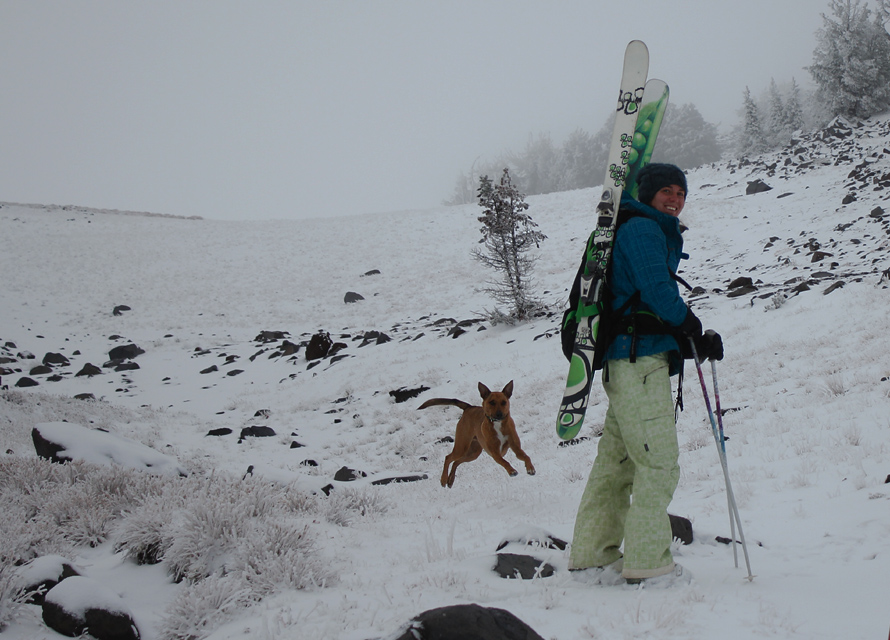 i was here last winter, but the weather never cleared enough to see the lake. the views are amazing 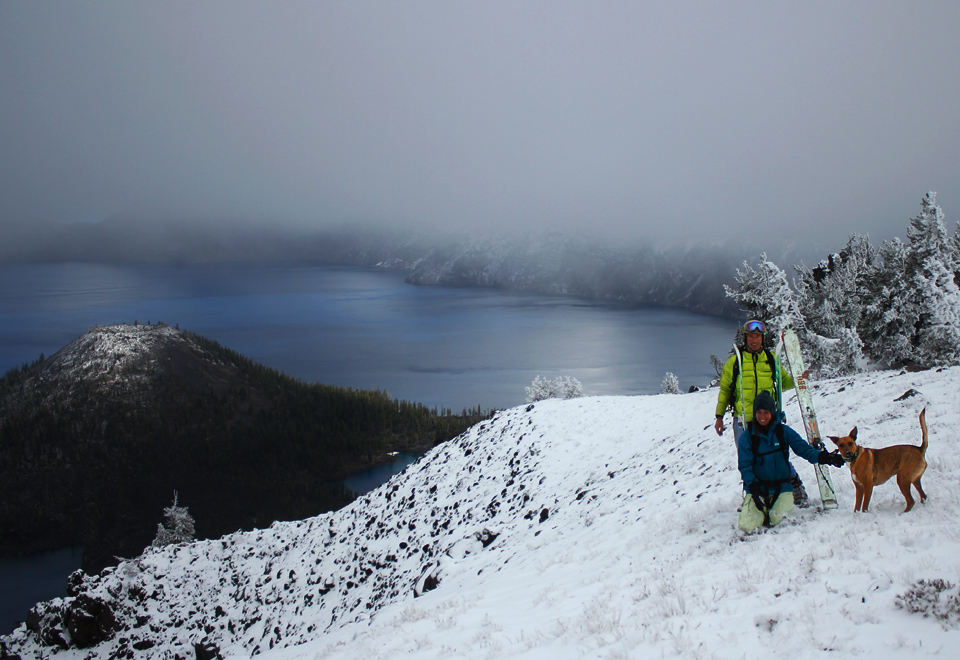 with all the new snow, nacho dug a pit to assess stability 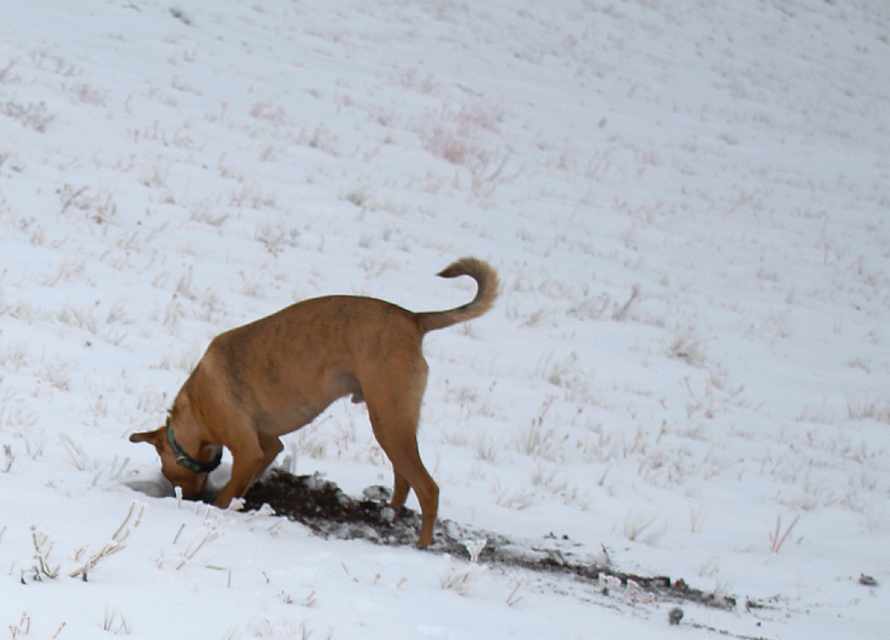 a little misdirection gave me a small head start (that will be the only time he falls for it this year).

he caught me right away though 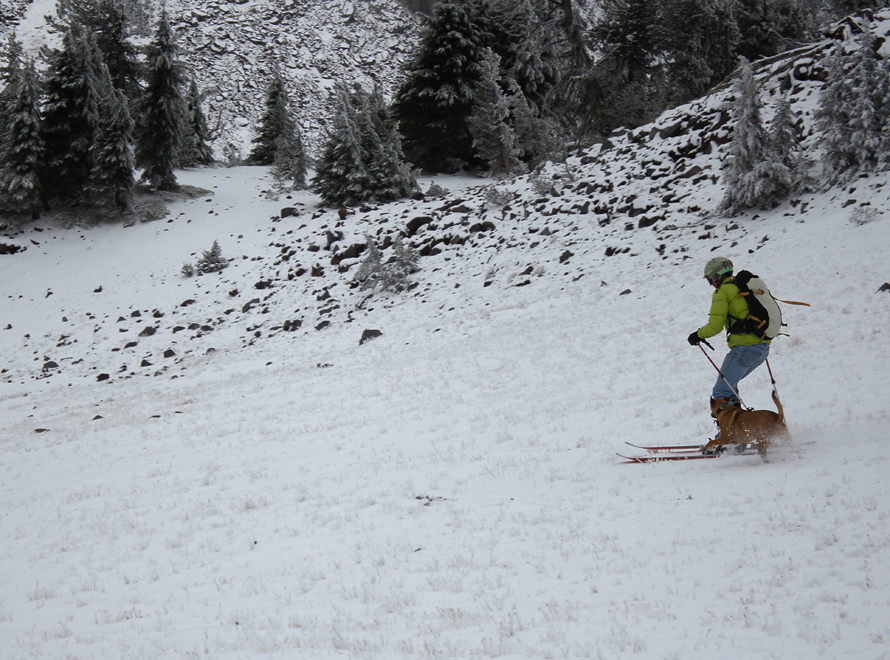 then ashley completed her first year of skiing every month! 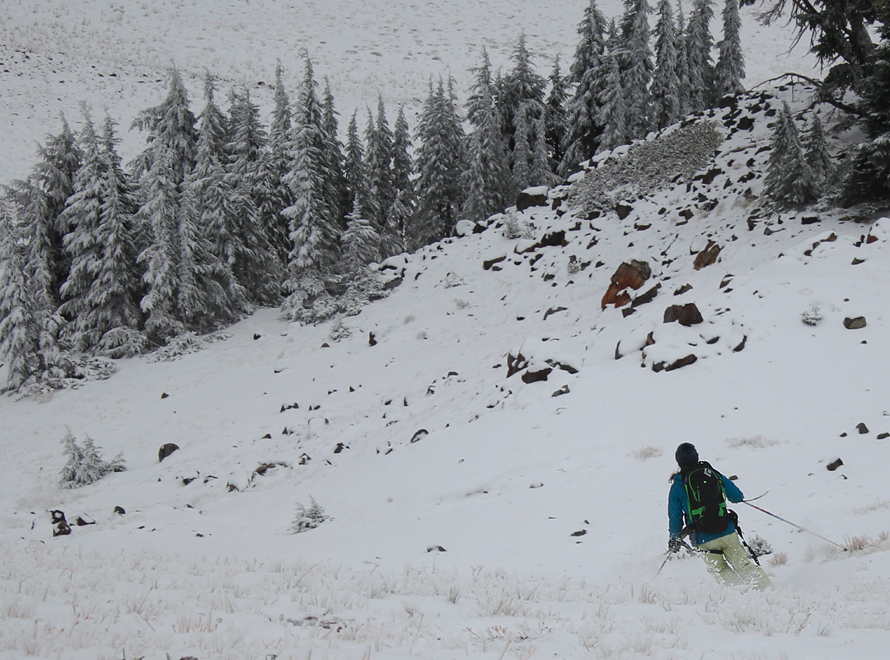 then it was back in the car heading toward the coast. natural bridges over the rogue river

redwood forests – i mustache you, does this tree make my bumper look fat? 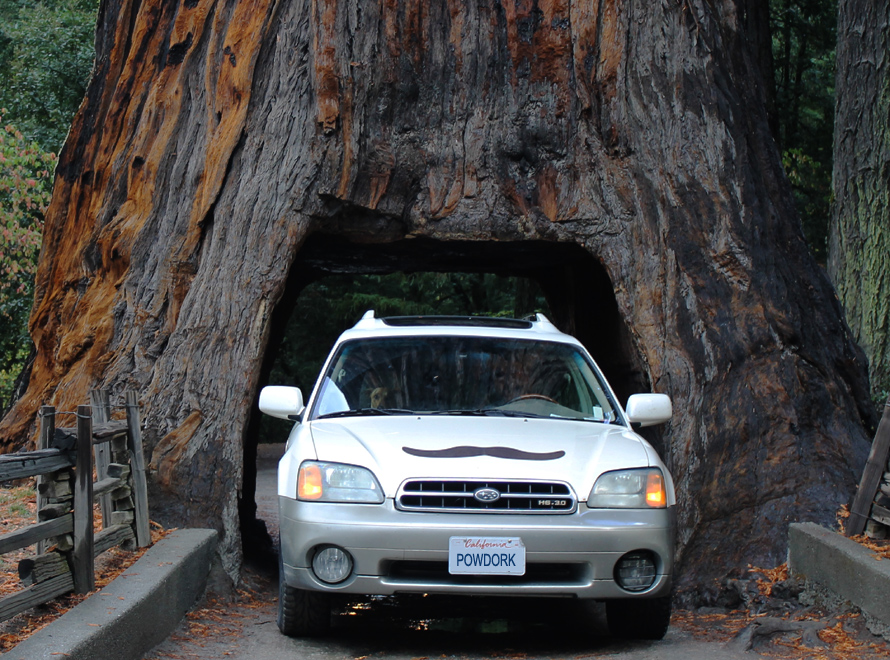 and to the wet coast the next day. 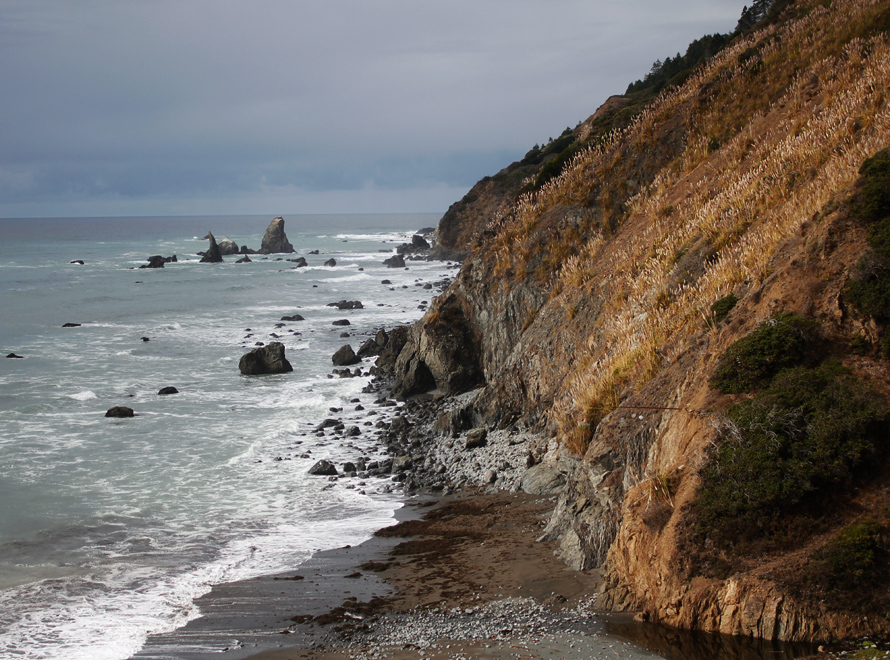 nacho touches the pacific for the first time

it made him crazy 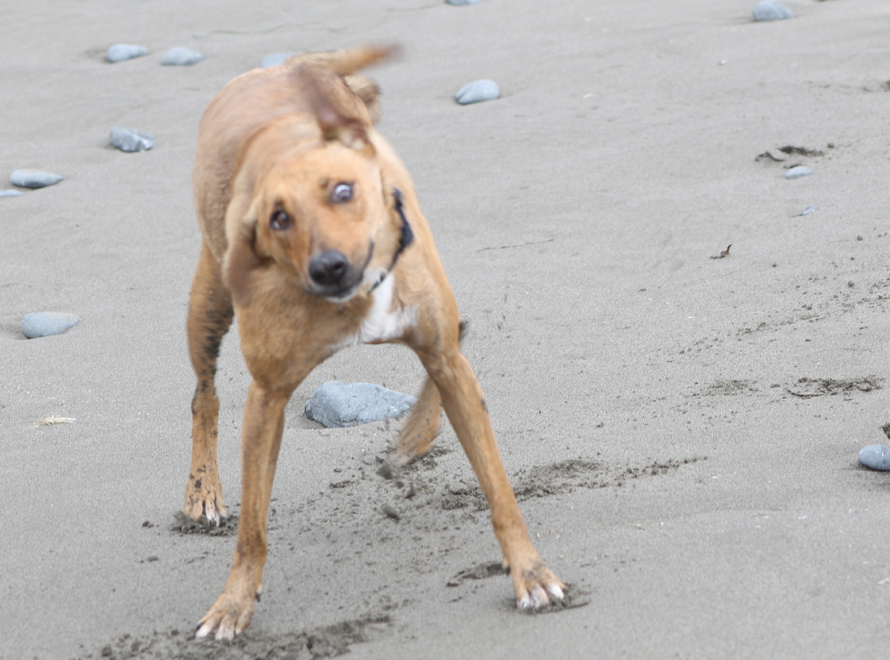 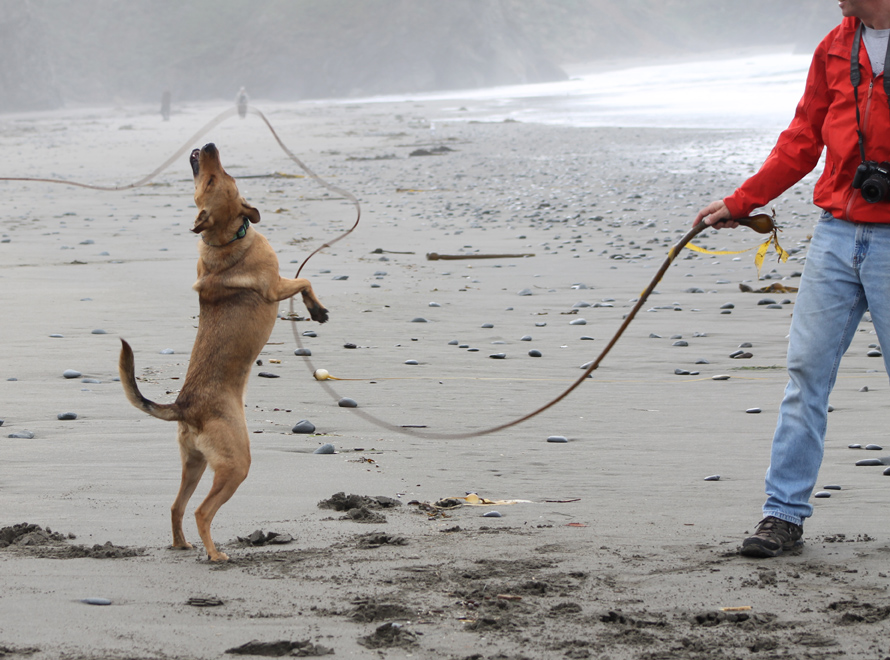 we raced though driving rain toward the mouth of the russian river and the home of sunset boulders.
here is a painting i made depicting what might happen if nacho saw a deer in the area 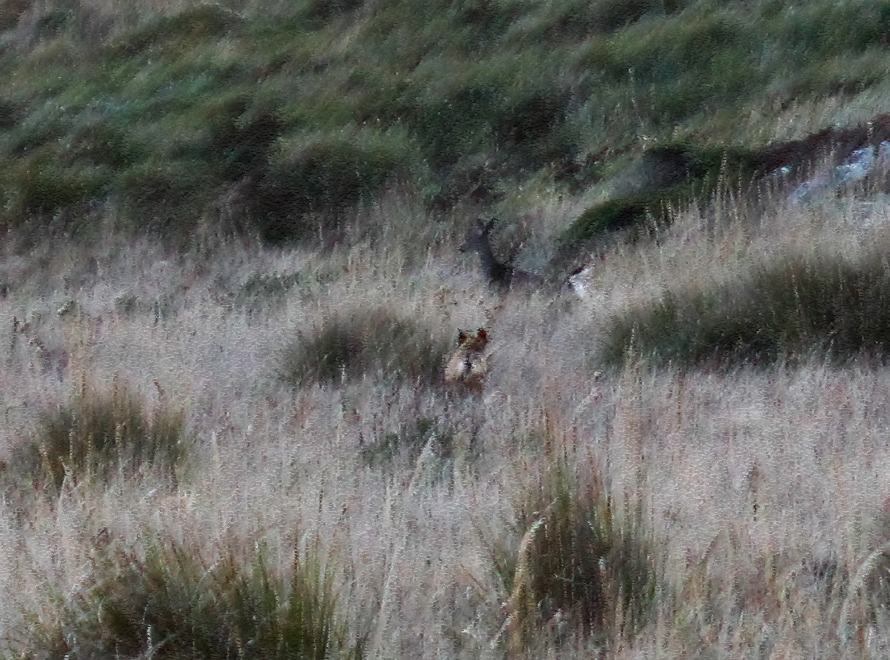 the skies cleared when we arrived, leaving behind enough clouds for the boulders to live up to their name 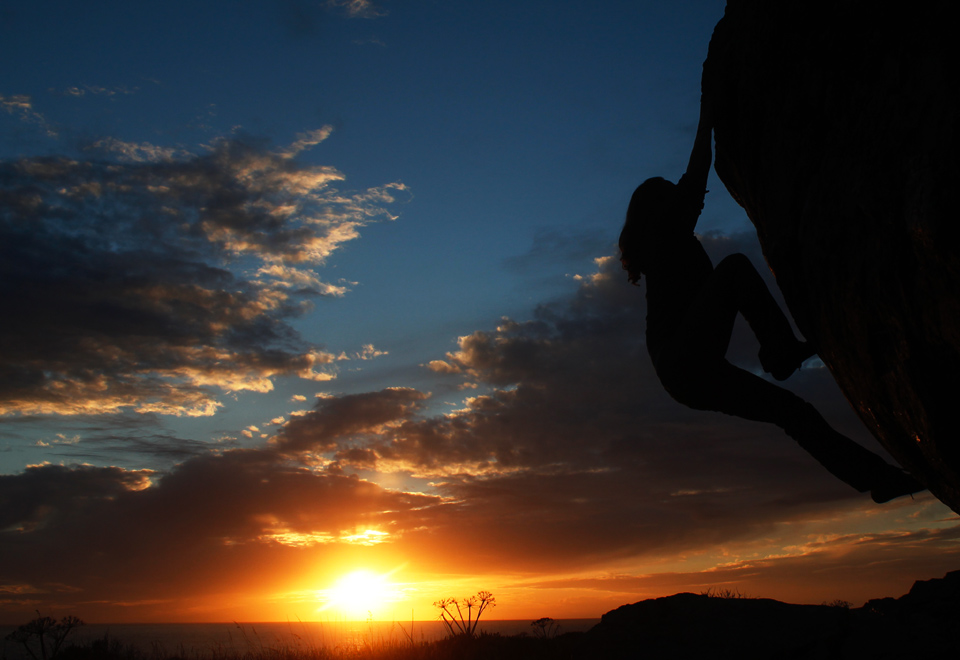 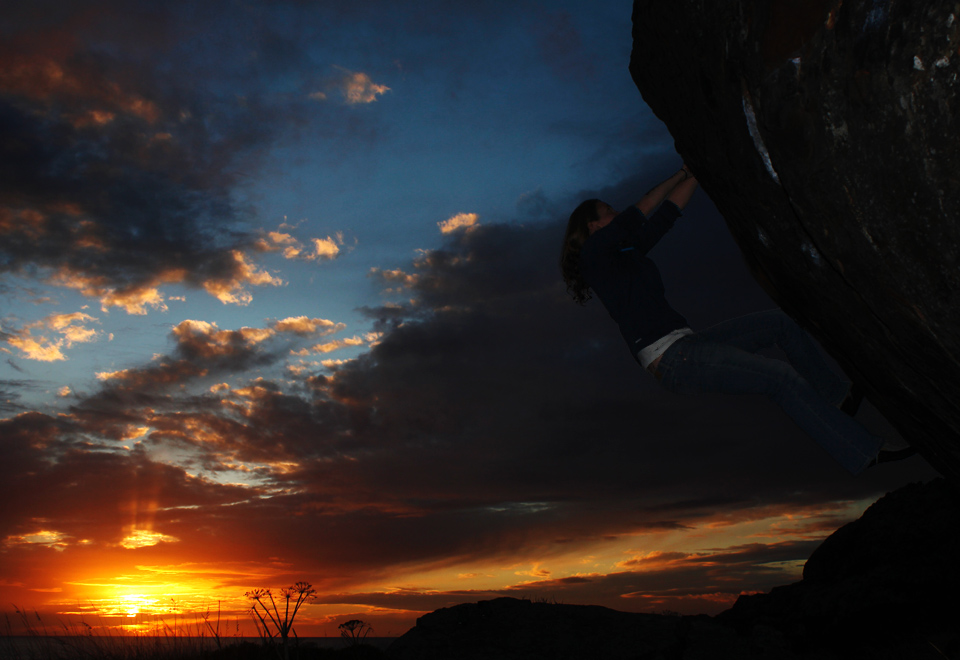 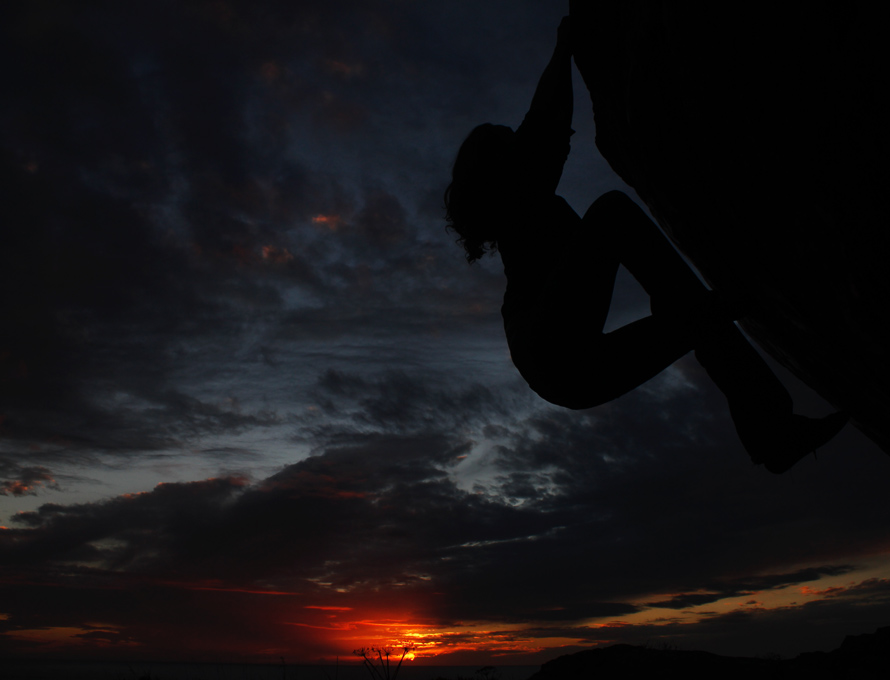 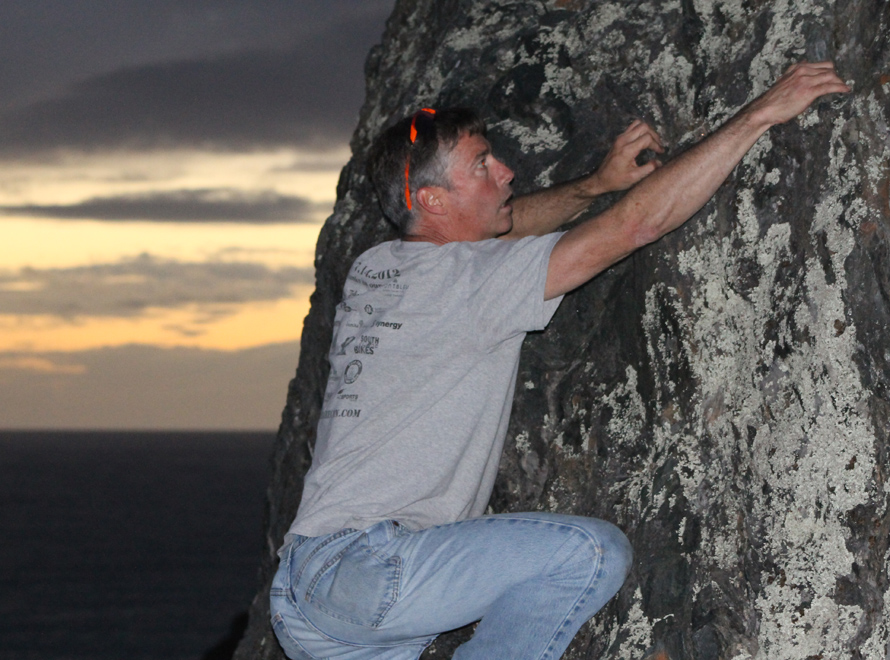 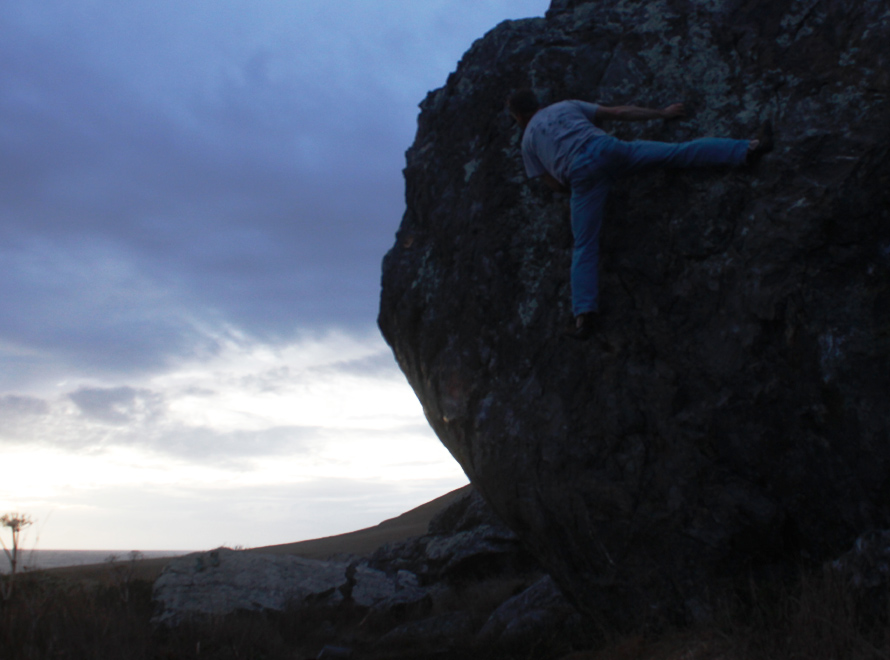 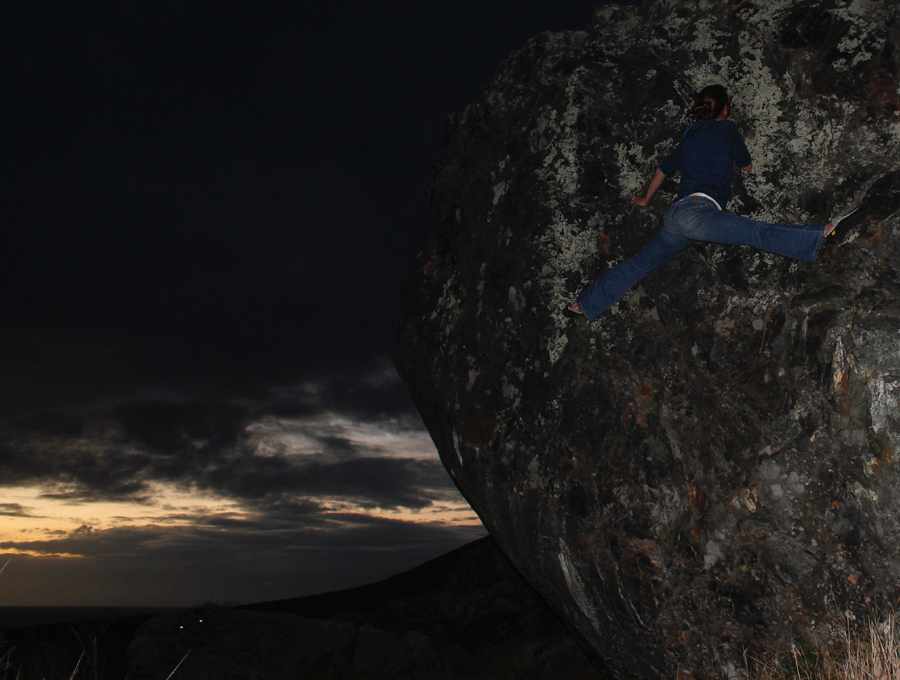 then we watched the giants clinch the world series berth over fish n chips in bodega bay. ’twas a good trip

This entry was posted in backcountry, climbing, skiing. Bookmark the permalink.