is tahoe dying? hell no

about a week ago i came across an article via facebook stating that tahoe (particularly south lake tahoe) is dying. the piece went on to blame the situation on the lack of snow and the trpa. interestingly, the article used several images to prove tahoe is dying which in fact prove the opposite. for instance this picture of the old bonanza hotel was used to show dilapidated south lake tahoe has become

the problem is that the hotel in the picture has been torn down and is now (as of 2012) a neighborhood park. edgewood companies bought the old hotel in order to gain tourist accommodation units (basically toilets) to use in their planned lodge. they built the park and donated it to the city. the tau program is a brainchild of the trpa. 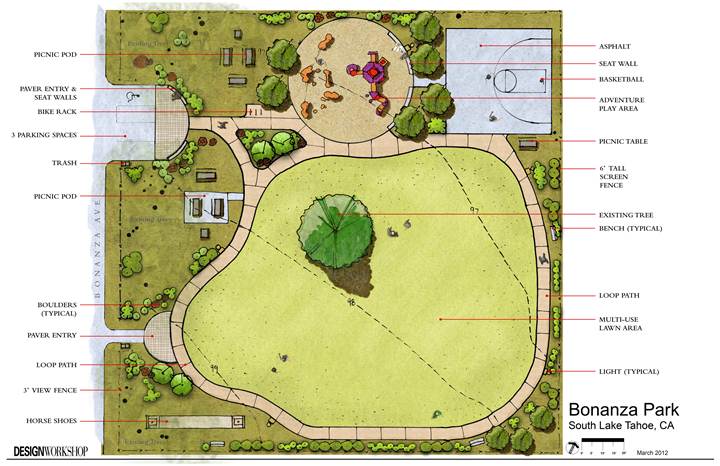 the article also used this picture of the now defunct horizon casino ‘resort’.

the horizon has been in a bad way for quite some time. but as of the writing of mr. morse’s article, it was well on it way to becoming this

driving highway 50 provides many more examples of tahoe coming back to life. the fence has been removed and the hole in the ground is now partially filled with shops and restaurants. there are a number of new projects in town as well as old hotels being completely refurbished.
the landing, formerly the royal valhalla

construction of the lodge at edgewood, auto zone in the middle of town, and the new bevmo at they y

to prove how the weather is killing us mr. morse provided this image, which most of us saw last year. the problem with this is that it does not paint a complete picture at all. in fact if you were to show the january 2012 picture next to the 2013 picture you would get the impression that tahoe’s winters are getting better and better

while it’s true that last year was horrible for skiing, even in drought years, tahoe typically gets more snow than most resorts in the rockies. sure a season like last year might make us travel to whiter pastures to get our fix, it’s not going to make us give up on tahoe. for the beauty of tahoe is not just our amazing winters, but also our amazing summers, and falls, and springs. tahoe is truly an amazing place year round and economically the winters pale in comparison to our busy summers, something no other ski destination can claim.

having said all that there is one thing that gives me hope for tahoe’s future. it’s the new attitude of our city leaders. somewhere along the lines they realized there had to be something beyond gaming to make south lake tahoe whole. the casino corridor is no longer the complete focus of everything they do. this is best reflected in new events in the center of town. lakeview commons and the summer concert series are prime examples of this. this is a series of events created for south lake tahoe residents and benefits south lake tahoe rather than solely the stateline district. snowglobe is another example. it is events like these which are not targeted towards the casino corridor or the gambling demographic that will ensure that tahoe moves forward as a viable community with a diversified economic plan.
five or six years ago, commercial space in the y area was largely empty and unrented. with the bevmo and the new shoe store moving into the garfinkle building (tj maxx), and wells fargo moving into the old sports ltd in the raley’s plaza, all the stores at the y will be filled for the first time i remember. so if you ask me, tahoe isn’t dying, it’s thriving.

This entry was posted in rants, Uncategorized. Bookmark the permalink.